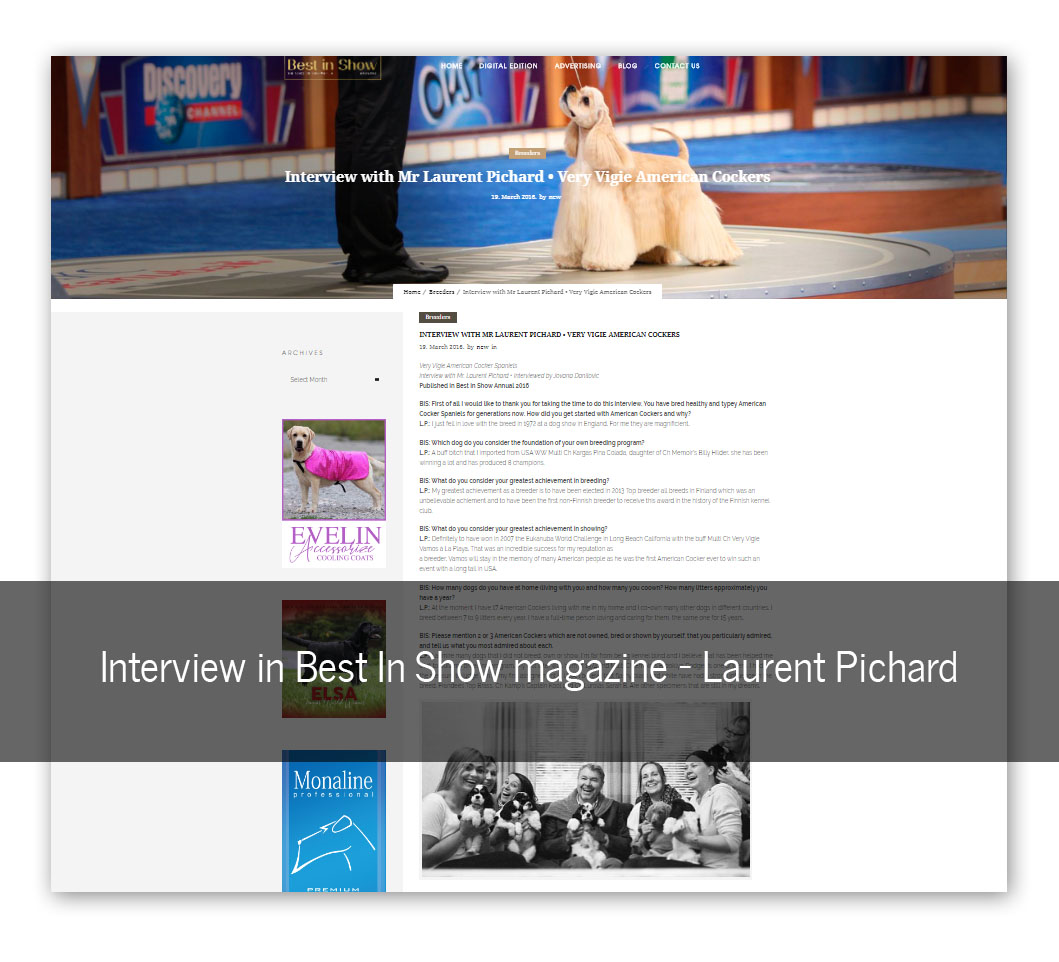 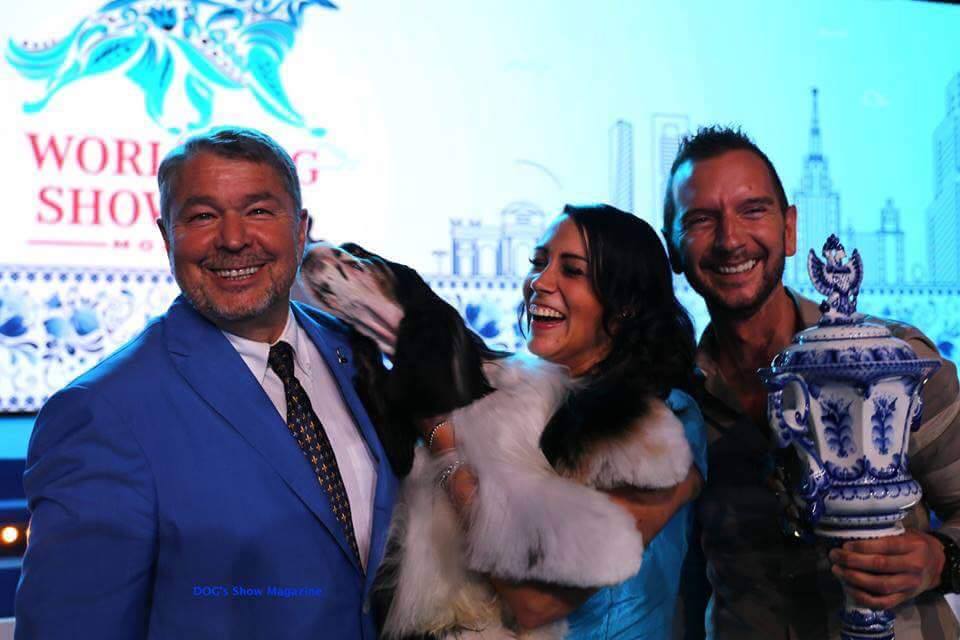 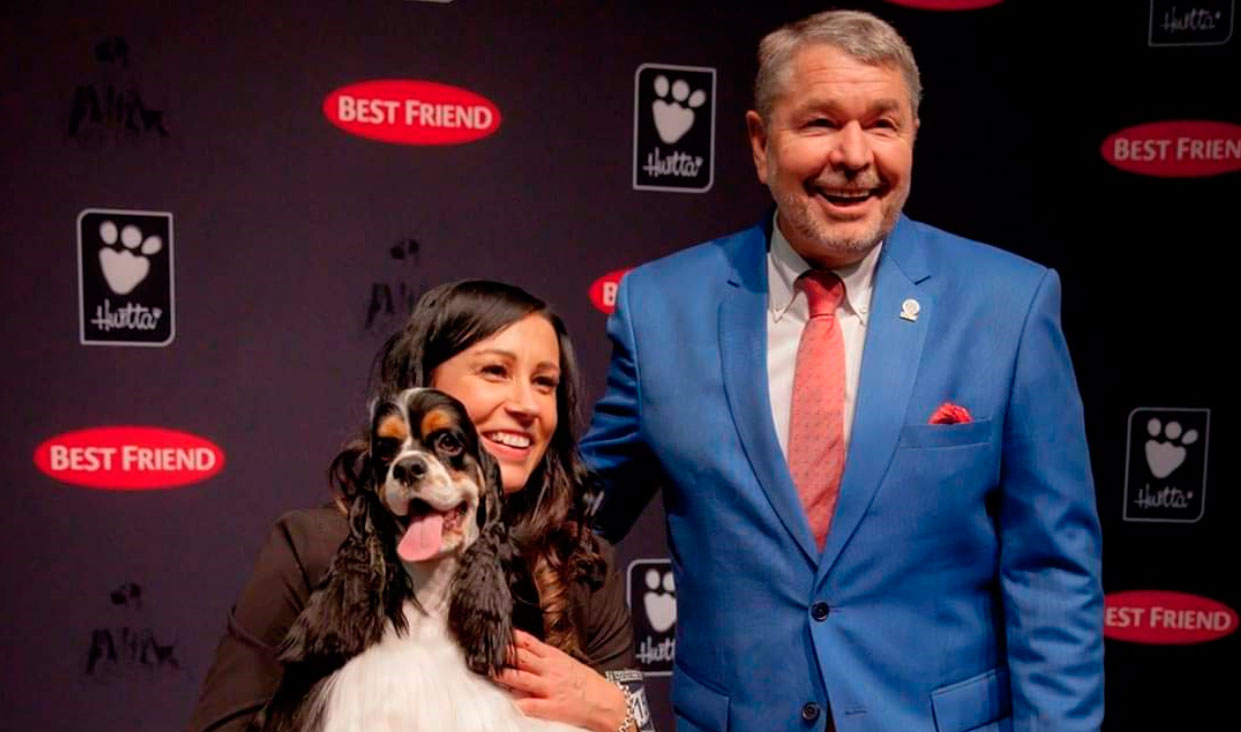 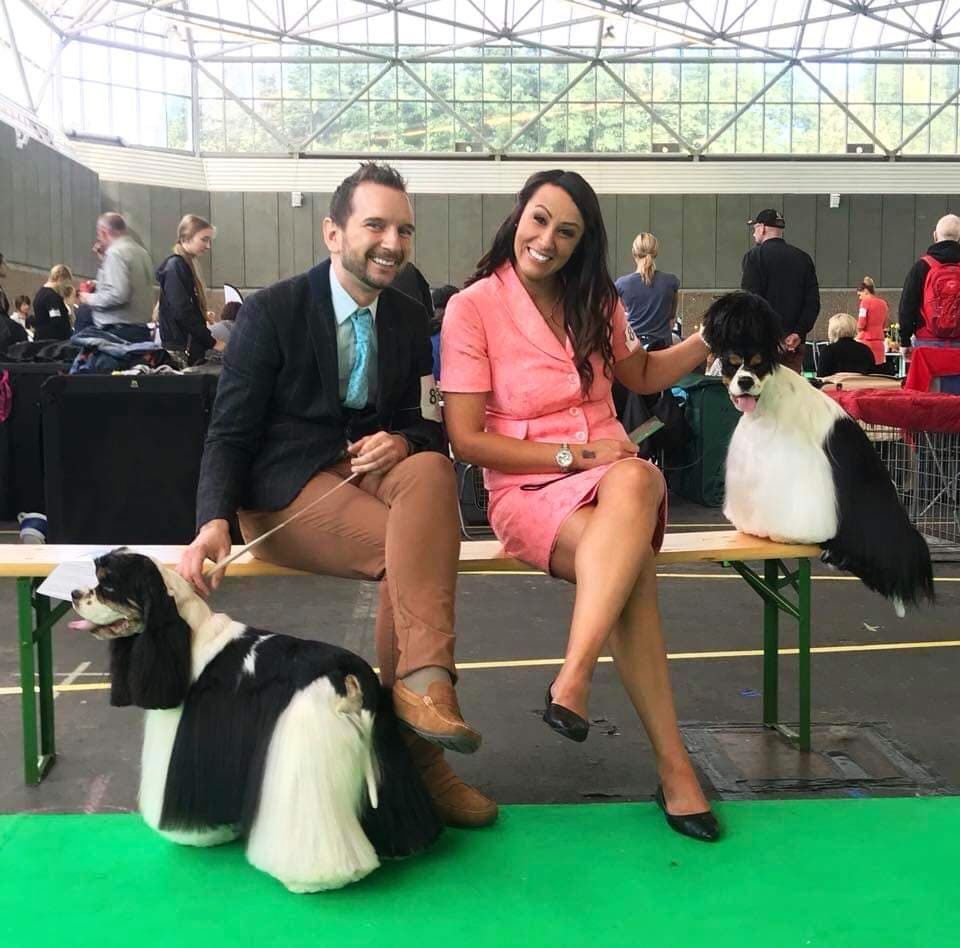 The Very Vigie story began in 1970 when Laurent created the prefix. Very Vigie is based on Laurent’s dedication, love and passion for the breed. Hugues has been important part of Very Vigie during the years as an handler and groomer mostly. More coming!

How it all started in Finland?

At the beginning of the 21 st century Sanna, for the first time contacted Laurent, then in order to ask if it was possible to use one of his Multi Champions for breeding. That intention never came true, but the male paid a visit to Finland and stayed at Sanna. The name of that dog was B-Mac’s Treasure Island and his name can be found in the pedigrees of several modern-time particolours.

In the course of years dozens of Very Vigie dogs were brought to Finland, and at the beginning of 2012 a whole breeding group was got together. That was the year when Very Vigie was the most winning breeder of all breeds in Finland, which was a great and an appreciated achievement.

Laurent continued his breeding work in France until 2018. Then he made a difficult decision to stop breeding in France and transfer it to Finland. Sanna is continuing his work in Finland and freeze her prefix Sanparti’s, because possessing two separate names for a kennel was against the rules. All in all, seven litters were born under the prefix of Sanparti’s between the years 2012 and 2018. All the Very Vigie puppies will be born in Finland at Sanna’s, but all plans and choices of breeding are made in cooperation with Laurent. His strong experience of this breed during several decades will form the basis of each litter. That is a natural continuation for all the co operation and friendship of almost 20 years.

When breeding moved to Finland, the number of litters has slightly decreased. Most of our dogs used for breeding live in co-ownership families, which play very important role in our breeding nowadays. It has been a pleasure to find great people and families around with whom it is nice to work with year after year. Very Vigie is, after all these years, all about the teamwork <3