Shownews from Int. show in Norway! 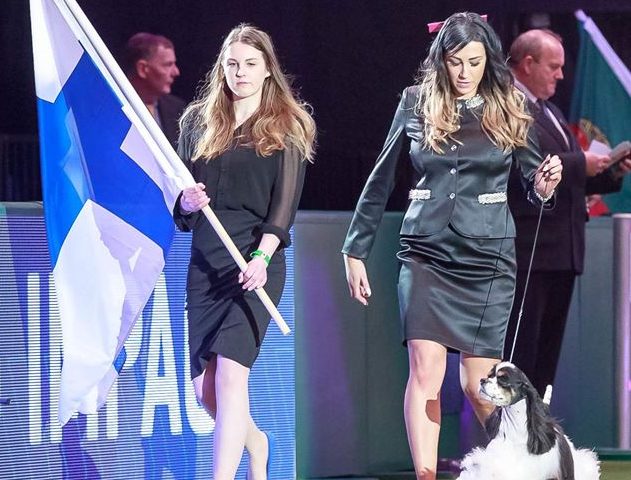 Entering the EWC final with Morgan

I think that many of us dreams to get the chance to represent their own country at the Eukanuba World Challenge. Our dream finally came true, when Morgan was crowned as the #1 Dog Of The Year in Finland and we got our ticket to the EWC. We left towards Birmingham already on Tuesday the 7th of March, as we first had to fly to Brussels and then take the Eurotunnel to get to the UK. It’s the “easiest” way to travel, when you’re coming with dogs to UK. Our trip went smoothly and our other team members arrived later on Wednesday. On Wednesday evening was the draw of the sections. I picked up the number 3, and I must say, that the section 3 ended up to be a really competitive one (China, Czech Republic, Finland, Germany, Italy, Latvia, Poland, South Korea, Spain, UK & Crufts’ BIS). Already now we felt the first-class organization behind the whole Eukanuba World Challenge, so huge thank you goes to Jose Luiz, Roxane & the team for that. After the draw of the sections, we had a nice dinner at the hotel. I think everyone were a bit nervous about Thursdays prejudging. On Thursday the alarm went off way too early and we started grooming. 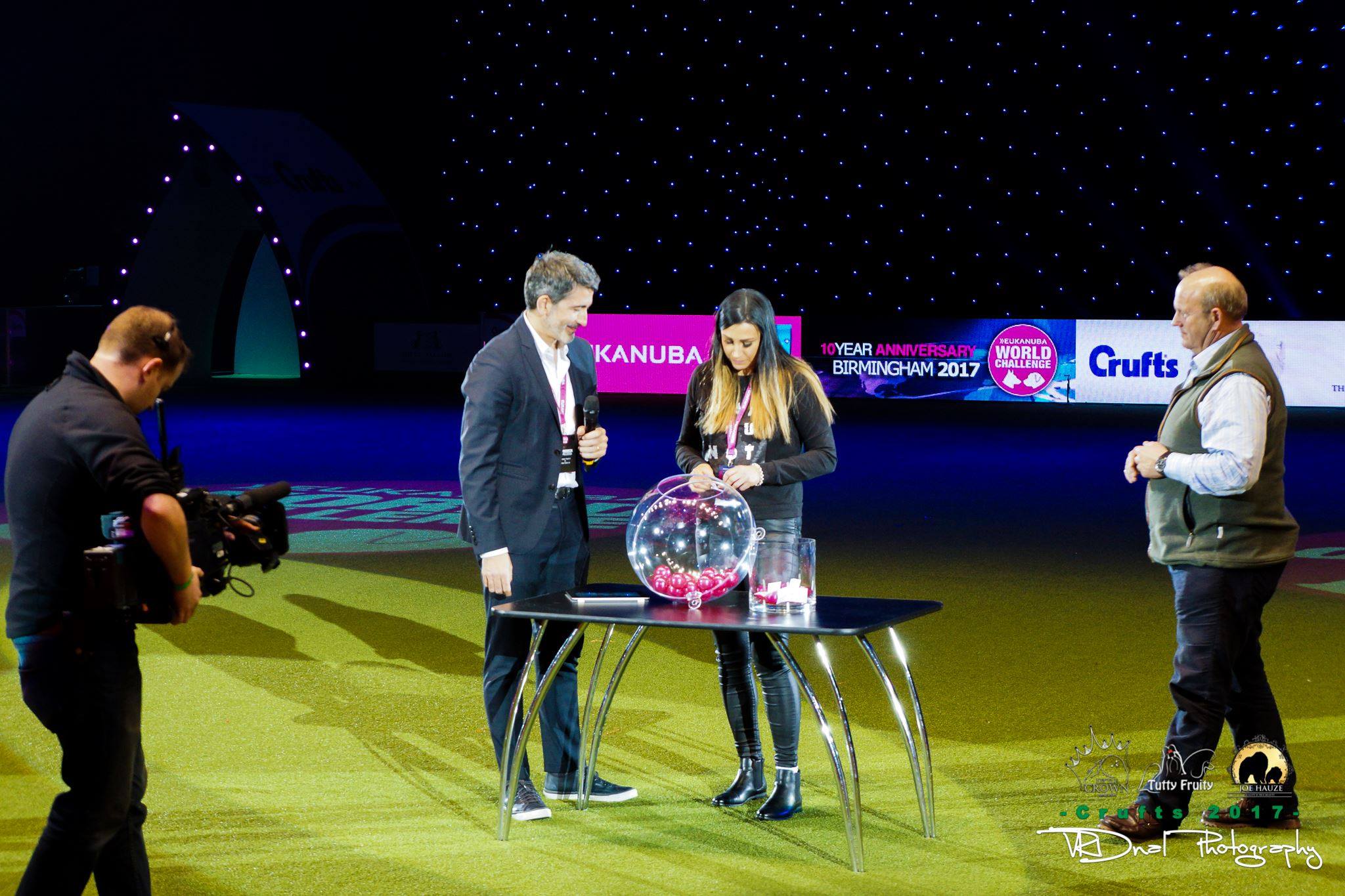 Draw of the Sections

EWC Prejudging would take place at 1:40 and the Section 3 was 2nd to go in to the ring. A bit before prejudging it was decided, which judge will have which section. Mrs. Carmen Navarro picked up the number 3. Morgan showed really well in the prejudging, and then we just had to wait for the evenings semi-final. Semi-final, together with the opening ceremony, was taking place at the Genting area. 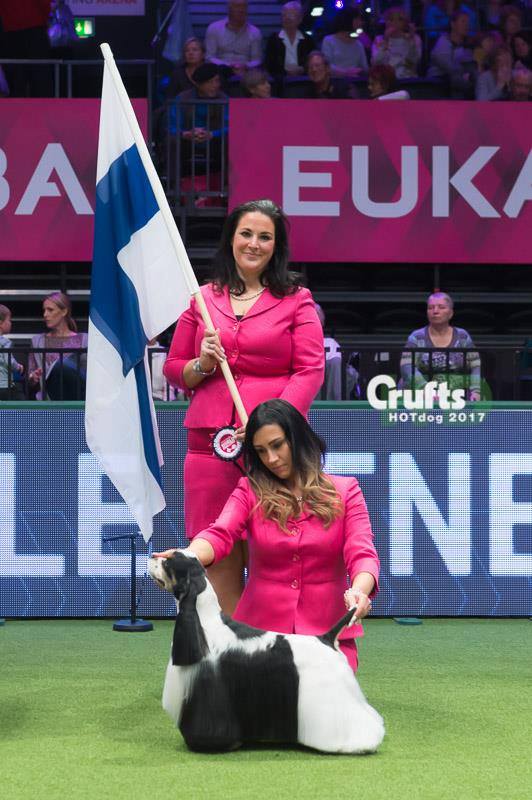 Finnish flag was handed over to Heidi, and together with Morgan, we went in to the famous green carpets of Cruft’s BIS ring. All of us were super excited to enter the ring and the atmosphere was just amazing. Each judge picked 4 dogs from each section. From section 1 Mr. Jean-Jacques Dupas chose the Chihuahua from Mexico, the Bichon frisé from New Zealand, the Greyhound from Norway and the Chow chow representing the European Dog show to the Grand Final. Mrs. Liz Cartledge was judging the section 2 and the Toy poodle from Russia, the Basset hound from Portugal, the Bearded collie from the Netherlands and the Jack Russell from Indonesia were picked up to the final. Finally it was time for the section 3 to make their up and down’s in front of the audience and Mrs. Navarro made her cut. WE GOT THROUGH! So, from the section 3 the bulldog from South Korea the Tibetan terrier from Germany and the Maltese from Italy together with Morgan made it to the final. 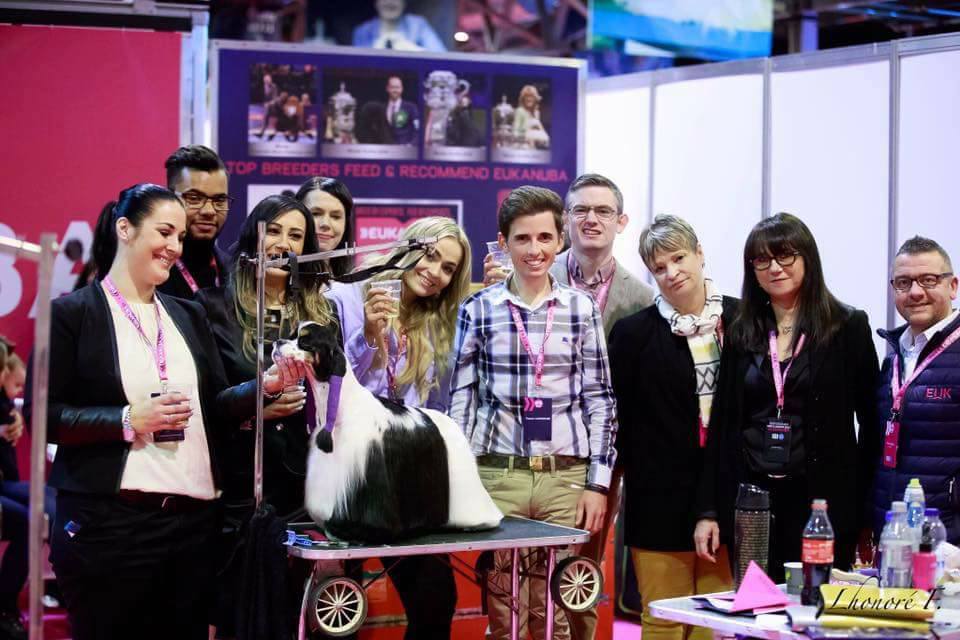 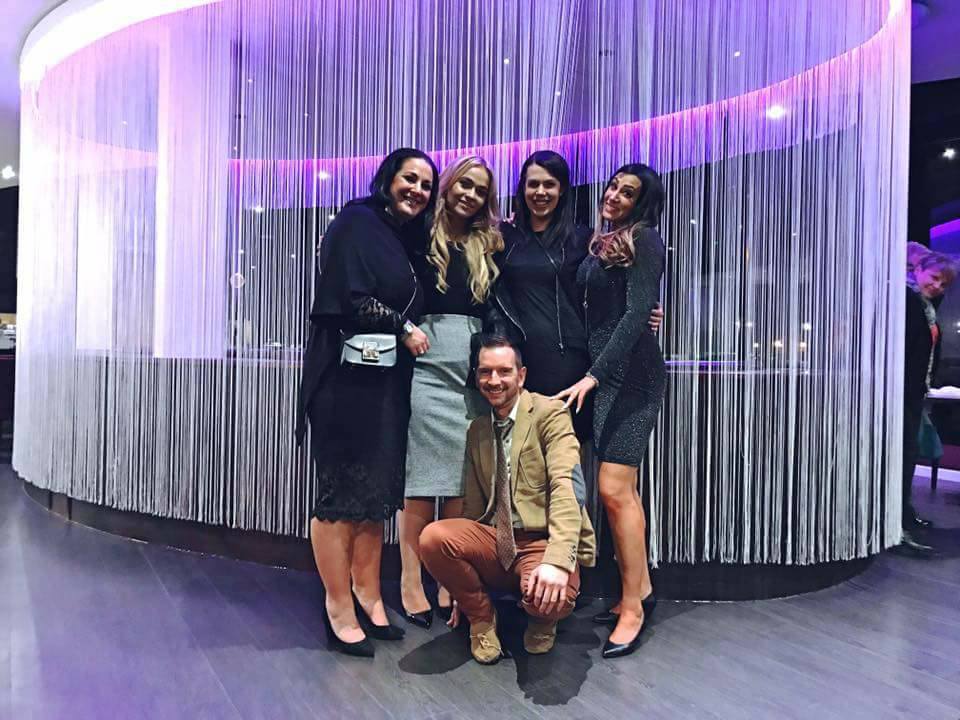 For us, we knew it was kind of “end of the road”. We knew, that if Morgan would get through to the final, we would withdraw from the competition, as his breeder, Laurent Pichard, was judging it. For us, getting through to the top 12, was a big thing. As all of the top dogs from all over the world were there to participate. But, we planned to make an lap of honour on Friday at the Arena, so it was grooming time in the morning again. There are many great and memorable experiences from my dog “career” but entering the Eukanuba World Challenge final together with Morgan, to the Crufts’ Main Ring is for sure, one of the top moments. Making an lap of honour in front of the big audience and Laurent as well was an unforgettable and also a bit sentimental experience for us all. 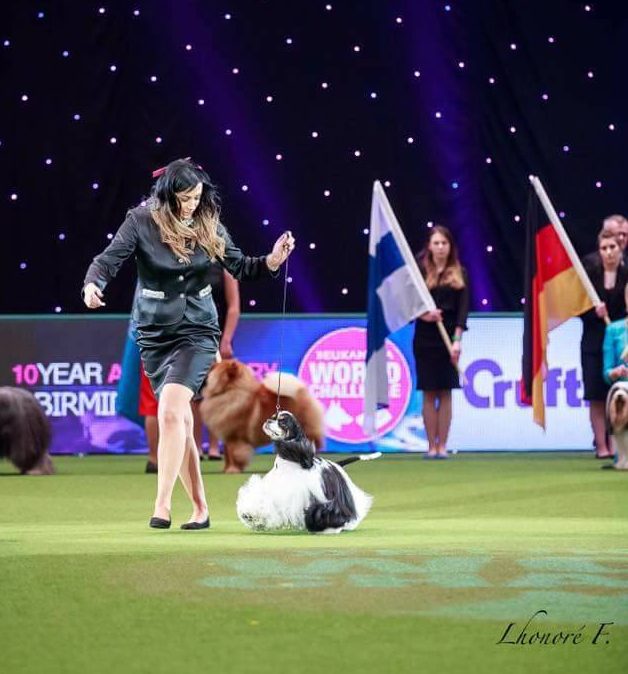 Making the lap of honor in the Final

What a great way to celebrate the EWC’ 10 year anniversary. The winner of the 10 year EWC anniversary was the Maltese from Italy, runner-up was the Toy poodle from Russia and the 3rd place went to the Bulldog from South Korea. Big congrats to all of them, amazing dogs! So, the World Challenge was now “over” for us, but we still had the Pink afterparty planned for the evening, and the Gundogs were being judged on the following day. It was a great party, for sure, and we also made it to the ring on Saturday. 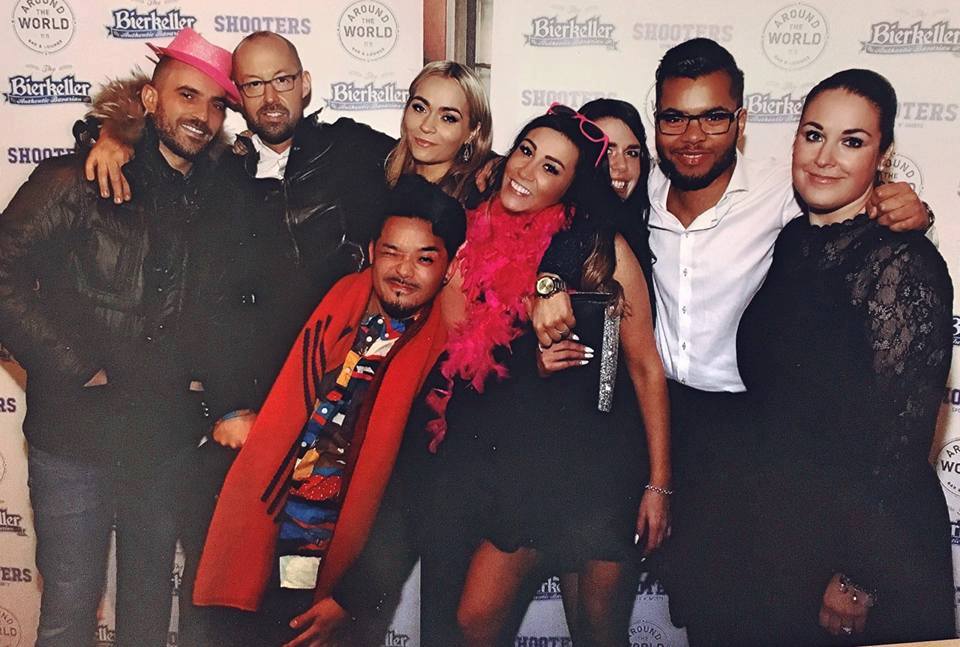 American Cocker Spaniels were judged by Mr. Ken Sinclair, UK and we had Morgan and Hope entered. It was first time for me showing dogs at Crufts, and it also is a memorable experience for sure. Morgan competed in the Open class, where he was pointed out to the 2nd place, right after the handsome Ch Afterglow Miami Ink. Miami went later to win the CC and Morgan got the reserve ticket. Hope (Very Vigie J’Aime La Vie) was competing in the open bitches and she went runner up in the class. After all, the BOB rosette was handed over to Jason Lynn & Miami. 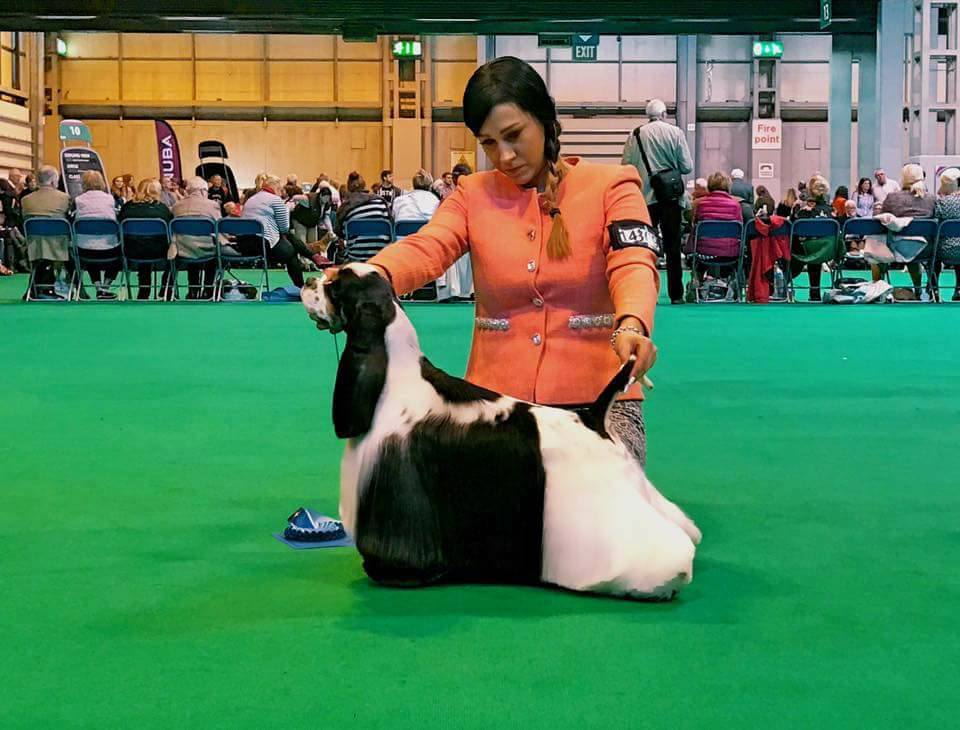 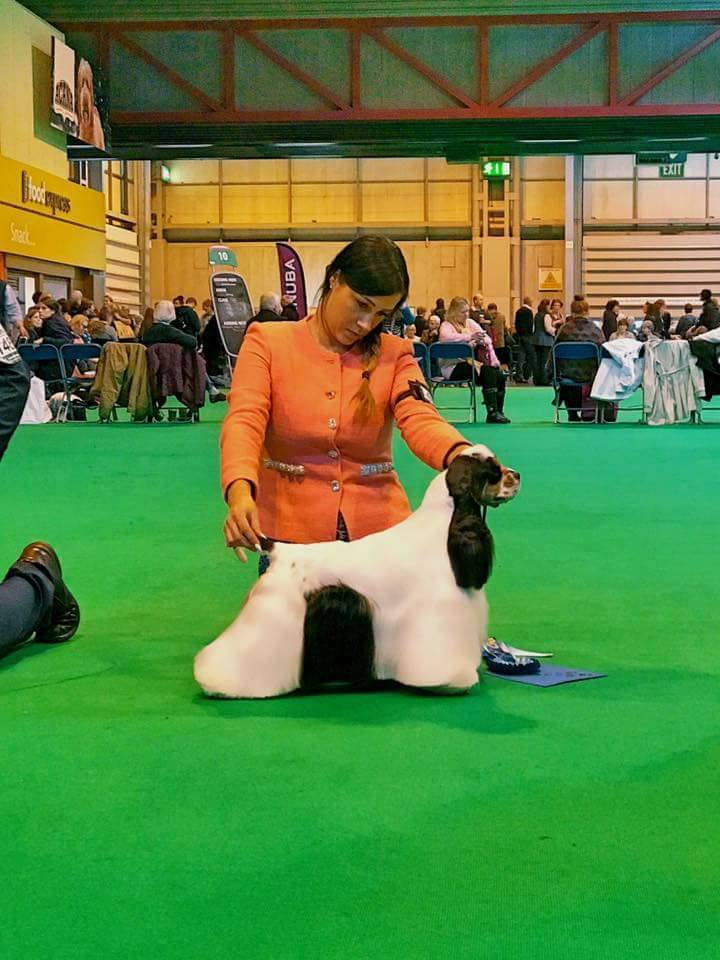 And as we all already know, Miami went later to win the Gundog group on Saturday evening and also BEST IN SHOW the following day!! Huge congratulations to team Miami once again. What a moment! So, for us, the Crufts 2017 had come to its end. Our flight left from Birmingham on the Monday morning and it was time to say goodbye to all 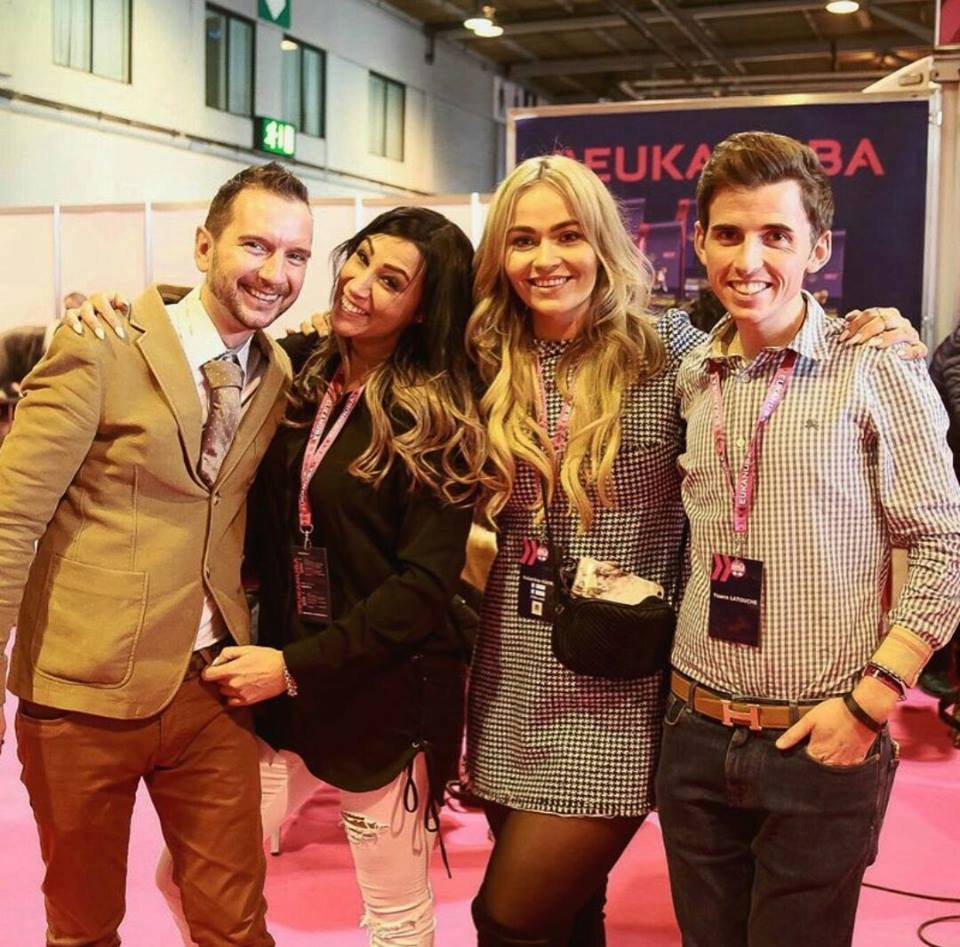 Thank you to everyone one more time for the unforgettable moments during the Crufts 2017 and to the Eukanuba-team for making our stay so lovely. We all were treated so well and we can truly see (and feel) the effort and energy you have put into this event. We will be back! 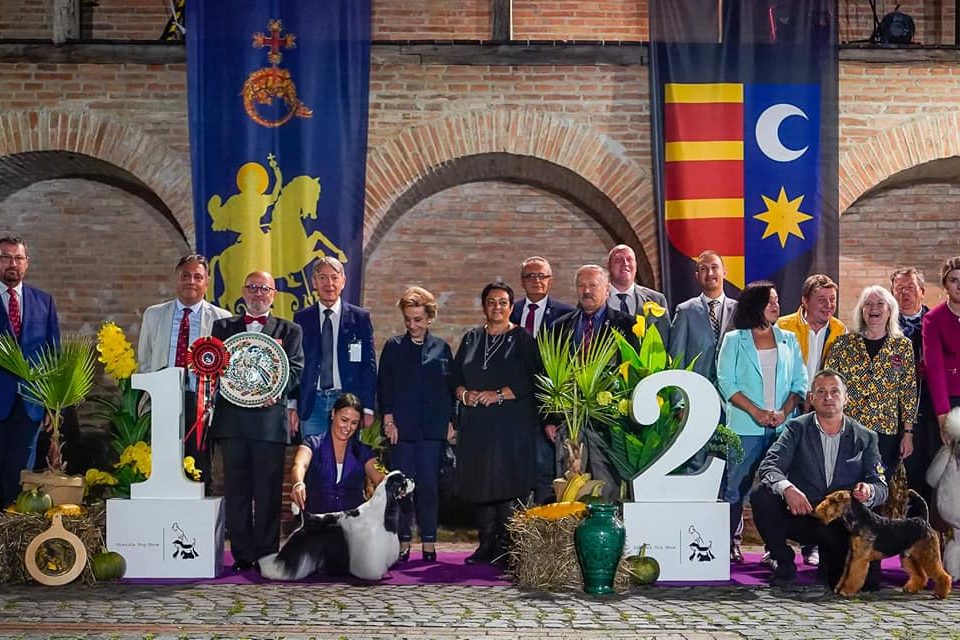